Zombie Nazis have always been a pretty popular subgenre in film, which has steadily developed a ravenous (pun intended) cult following over the years. Game developer Rebellion thought it would make sense to make a game series that featured undead Nazis and so they’ve been steadily developing a franchise that emulates those types of grindhouse flicks.

Originally a spinoff from their popular Sniper Elite series, there hasn’t been a Zombie Army game since 2015. Five years later and we have, sight unseen, Zombie Army 4: Dead War, which picks up where the series left off. Undead Hitler has been dealt with, but unfortunately for humanity, many of his moldy legions still remain…well…quite undead. That’s pretty much the entire plot. 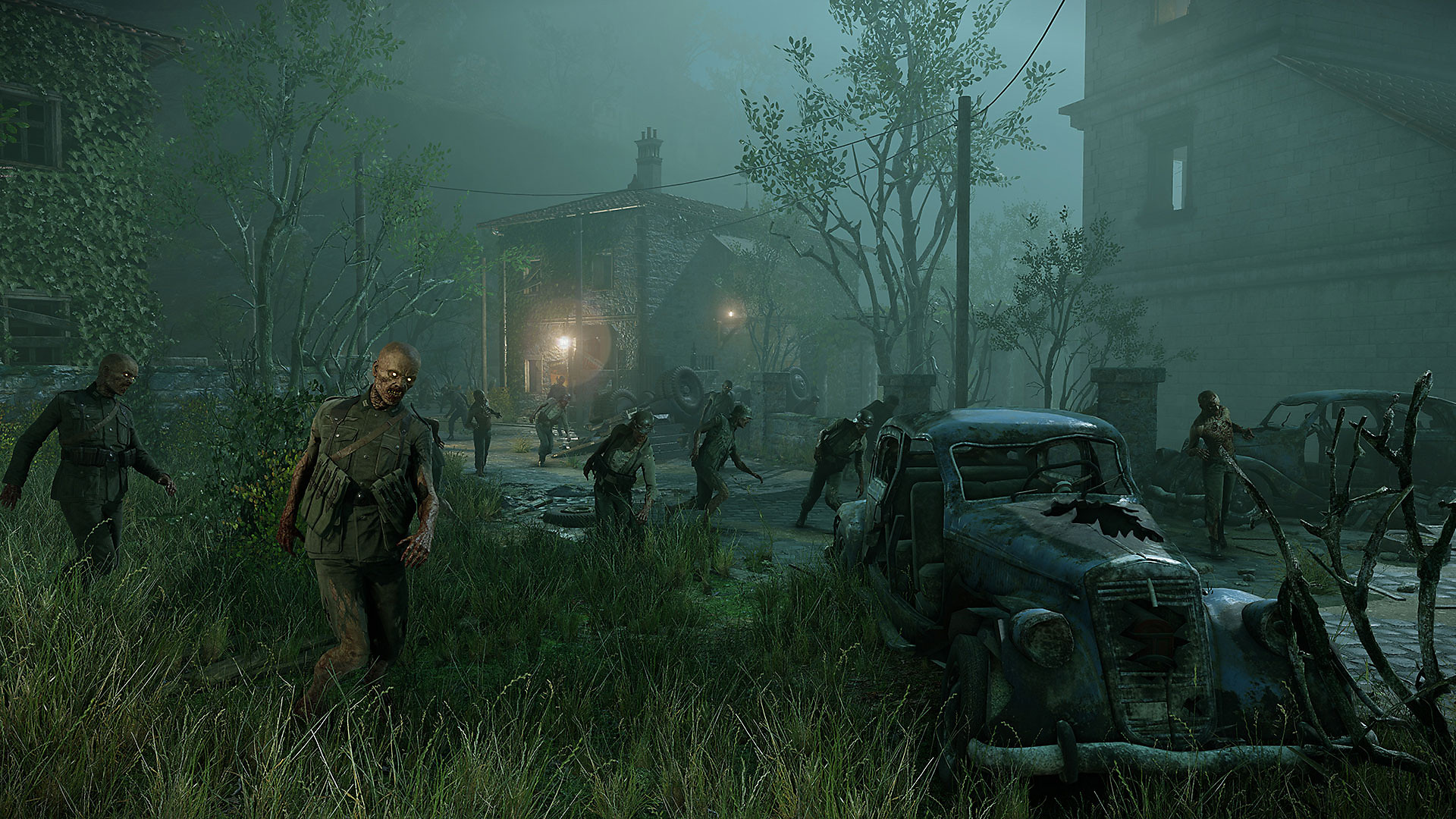 But who needs a serious plotline when you’re here obliterate zombies, right? In Zombie Army 4, it’s all about electrocuting, incinerating, slicing and dicing, stomping, and perforating all manner of undead menaces. And that’s a shortlist of the ways in which you can dispose of your enemies.

You can choose from one of four characters in Zombie Army 4, each of which allows for a little smidgen of variance depending on who you pick. Once you choose what kind of primary and secondary weapons (and a backup) you want to outfit your character with, you can customize them. These include weapon upgrades such as attachments that electrify your weapon’s rounds, to improved scopes, incendiary modules, and the like. Each character can also choose from a number of perks, such as being able to take out an enemy while downed and thereby “earn” your character the ability to get back on their feet.

Zombie Army 4 sort of reminds me of Left for Dead 2, in that there are tons of shambling undead surrounding you on each level. However, in this game, not all zombies sprint after you like something out of the film 24 Days Later. Here, most of them shamble towards you, although you will occasionally encounter some fast-movers.

It’s good to give your character a longer range weapon, as well as one that can deal with shorter range foes since you can quickly get overwhelmed in tighter quarters. But even then you can find yourself in a bit of a quandary if you’re playing solo. Luckily, there’s a full multiplayer suite so that you can jump into matches with friends or randos.

In fact, multiplayer is where the real fun’s to be had in Zombie Army 4 since you can not only watch each other’s backs but also laugh together at the total absurdity of over-the-top violence that the game brings to the table. Indeed, the super-gory X-ray kill cam mechanic from Rebellion’s other sniper games is present here, offering players some seriously hyper-violent takedowns to execute.

The game’s visuals are outstanding, with lots of impressively-crafted environments to play in. All of them are dark and gloomy and give you an idea of what a twisted version of 1945 Germany might have looked like. The character and undead models are likewise highly detailed and I like the way that all of the weapons’ that each character has in their inventory, can be seen slung or holstered on their bodies.

Overall, Zombie Army 4: Dead War is a pretty brain dead game, but not entirely in a bad way. It’s a casual romp that is intended for people who want to turn their brains off for a while and just have fun slaughtering legions of the undead in all manner of ways. If you’re into exploitative film tropes, and politically correct mayhem, this game has definitely got you covered (and hopefully your friends will too).

Overall, Zombie Army 4: Dead War has some pretty good looking graphics that make its third-person gameplay truly shine. However, you want to have a pretty beefy gaming PC or gaming laptop in order to play it at a decent framerate. So, you may just want to invest in a decent gaming rig: