When I’d first heard about the game, Flashing Lights, I thought that it had a brilliant concept. After all, there aren’t many games out there that set out to give players the chance to step into the important roles of law enforcement, EMS, and fire department personnel, in order to fight crime, save lives and stop destruction.

When I first fired up Flashing Lights, I was a little underwhelmed by the game’s graphics, as they are a little on the basic side as far as both textures and modeling goes. However, I’ve always been someone who values a game’s narrative and gameplay over visuals, so it was really that big of a deal. 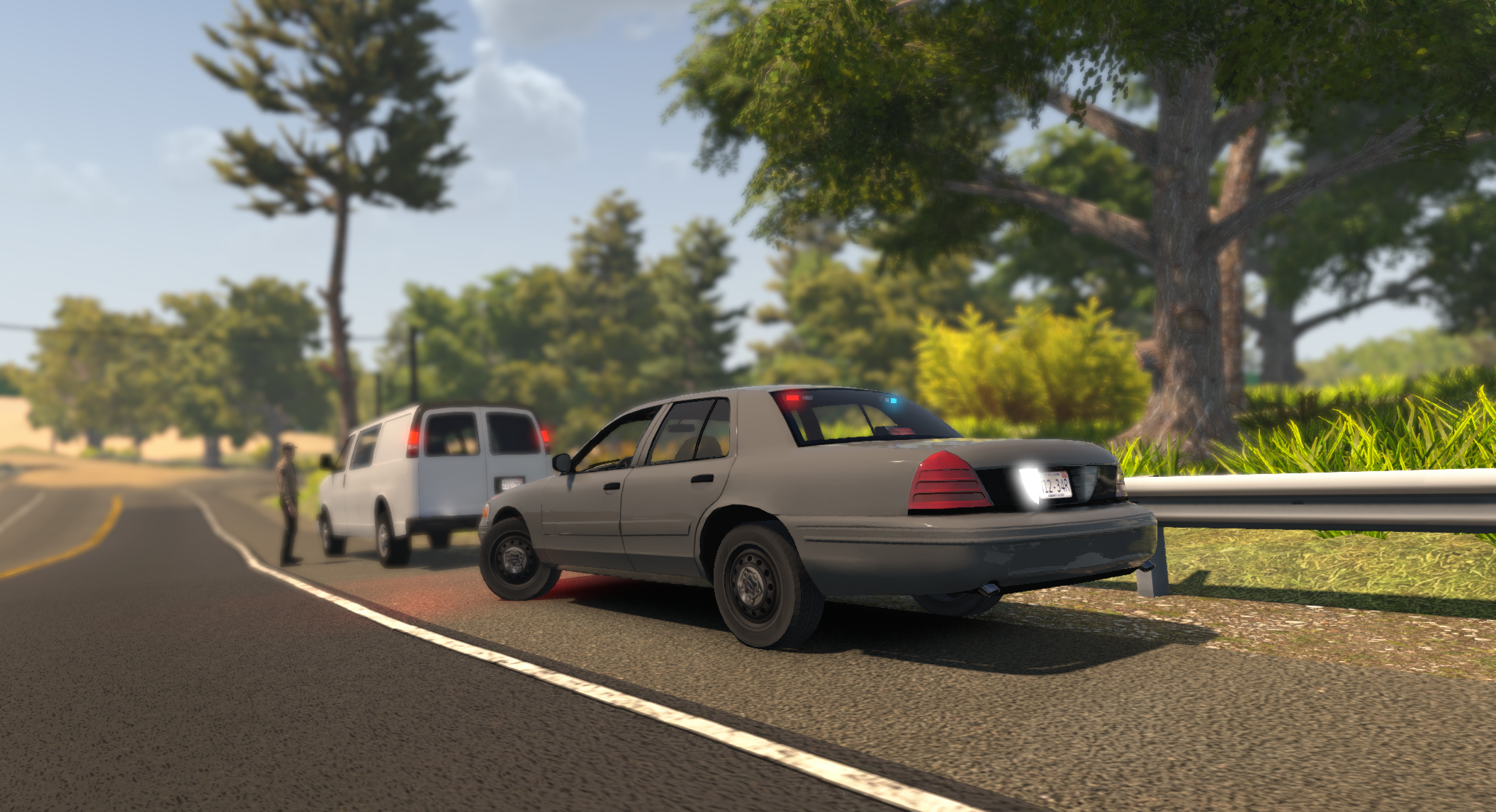 The first thing that you do is choose from a list of servers to join or create your own. The latter options is best if you have a group of friends to play with. When you first pop into a server, you choose your avatar’s gender and a few limited customization options such as how they look. From there, you are then deposited into the main town’s department depending on what role you chose, whether cop, EMS, or firefighter.

Flashing Lights is an open-world game and you get to request from a list of different types of vehicles and order them to spawn in nearby. Thereafter, you jump into your ride and drive around the town waiting for calls to respond to.

The town is relatively small, at least when compared to the likes of a triple-A game such as Grand Theft Auto 4 or 5. But this is totally understandable as this is an indie title with a very small development team. There are your typical areas within the town, such as industrial, residential, and hillside zones to travel around in and explore. 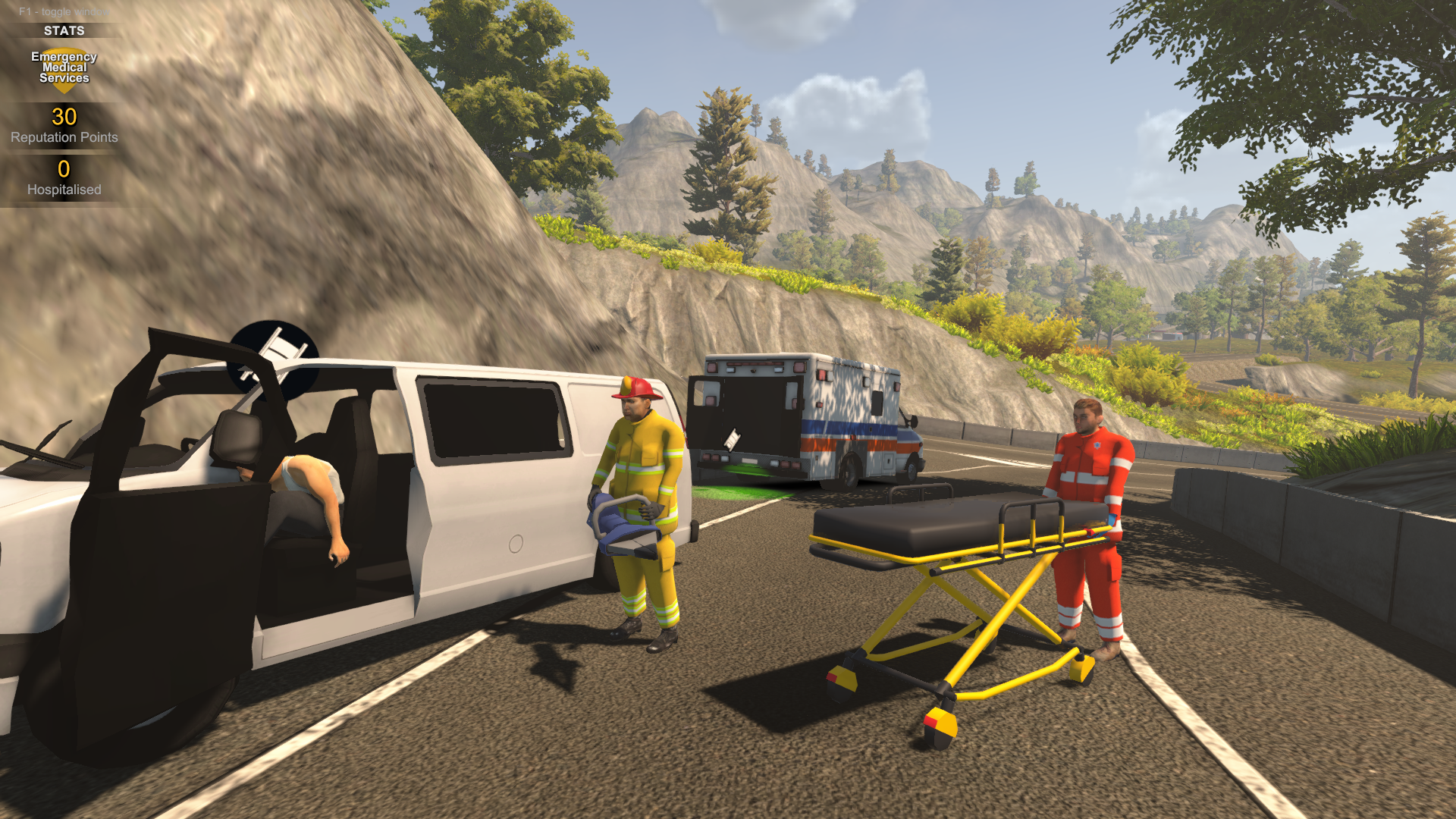 When you receive a call from your department, you have the option of responding “yes” or “no” to that call. From there (if you chose to accept it), the event will display on your mini-map (which can be toggled expand into a larger version). The basic gameplay boils down to you responding calls, arriving at the scene of the events, and then retrieving whatever tools you need from your vehicle that correspond to each particular event.

Everything is a little wonky at this stage of its development. There also isn’t any tutorial so the game is a little challenging to get into at first. For example, when I first spawned in there was no indicator as to how to enter my vehicle and it wasn’t very intuitive when I did manage to figure it out.

When you do enter vehicles, you just sort of teleport into them since there is no transitional animation of your character actually climbing into your car or truck. Fortunately, once you do jump into your vehicle, you receive your first call from your department pretty quickly. From there, the game picks up in its pace.

One of the best things about Flashing Lights is that it’s the perfect game for role-playing opportunities. Unfortunately, there isn’t any native VOIP available (hopefully they’ll implement this feature later) so you can’t communicate via voice to others in multiplayer games unless you type something out, which isn’t exactly modern.

However, if you get a few friends to play with you and you’re on a VOIP platform such as Discord, the game can be a blast to play. Coordinating your efforts and helping others respond to calls can be seriously fun and open up emergent stories that develop naturally on the fly.

To get some examples of what I’m talking about, you only need to pull up “Flashing Lights Game” on any internet search and you’ll find some seriously hilarious gaming videos of people doing all kinds of silly stuff. The role-playing possibilities are great for this game and help to alleviate the fact that there aren’t a tremendous amount of different calls that you can respond to, at least yet.

As it stands, Flashing Lights is a promising indie title with a unique hook (emergency services) that is fun to play, especially with friends. I’d love to see such things as full day/night cycles and different weather systems added to the game as well as more mission types introduced, in the future. Fortunately, the game’s developers seem to be working around the clock to add more features to the game, so I’ll definitely be keeping an eye on it and will provide an updated review when it exits Early Access.

Flashing Lights has some pretty decent looking graphics that make its open-world gameplay truly shine. However, you want to have a pretty beefy gaming PC or gaming laptop in order to play it at a decent framerate. So, you may just want to invest in a decent gaming rig: 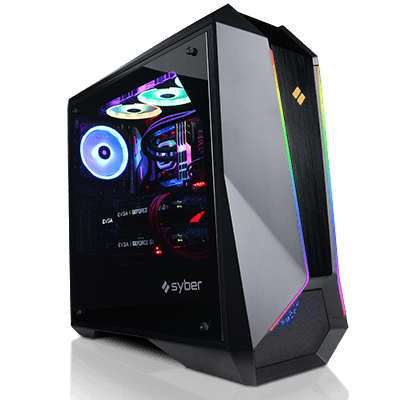