Star Wars Jedi: Fallen Order is the latest in a long line of Star Wars games to be released over the past couple of decades. But does it have enough going on to differentiate itself from the rest of the pack? Read on and find out.

In Fallen Order, you play as young Padawan-turned-fugitive, Cal Kestis. Cal barely managed to escape the infamous Order 66 which signified the Empire purging the universe of all Jedi influence. Now he’s hiding out on an imperial world and breaking down ships as a naval ship salvager. Of course, hiding out also means that he can’t risk being discovered by utilizing any of his Force powers.

One day, Cal is breaking down a ship when its deck collapses and sends himself and a co-worker tumbling through the sky to their certain deaths. Cal, of course, can’t let this happen and so he activates his Force powers in order to save both of them, which in turn makes him a marked man by imperial forces.

These nefarious forces include the deadly Sith Inquisitors, led by The Second Sister, who arrive on the planet in order to hunt down any Jedi presence found on the planet. From there, Cal is on the run again but manages to partner up with a brand new ship and its crew.

His goal becomes clear: Seek out a remote planet and find a Jedi Holocron secreted there. If he can find the Holocron, he can discover the locations of young folks who are imbued with Force powers like him. Then, if he can track them down, maybe he can jump-start a new Jedi Order.

First off, I must say that this game has some phenomenal writing and it kept me immersed within its gripping storyline all throughout my thirty hour playtime. Being a gamer who likes to check out every nook and cranny of a game, I did just that with Fallen Order, but can imagine some faster-moving people finishing the game’s campaign in less time.

Cal’s odyssey is a classic tale of hope, self-doubt, personal growth, and eventual vindication through sacrifice and a herculean amount of effort. You see, he was never given the opportunity to finish his Padawan training and become a full-fledged Jedi, because of the purge. Therefore, he feels rather insecure about being the one to restore the Jedi Order. After all, why would any real Jedi follow him?

Cal’s also not very gifted with the Force; at least not at first. At first, Cal can utilize some of the more trivial Force powers. Later on as you progress throughout the game, Cal can gain additional, more powerful abilities such as Force Push and Force Pull. These powers have been done before in other Star Wars games, but I must say that in Fallen Order they feel tremendously potent. Here, they really seem to have a sense of gravitas and you really can get glimpses of Cal’s potential as a true Jedi. Being able to blast opponents off of ledges and cliffs feels immensely satisfying.

Fallen Order does seem to take a nod from platformers such as the Tomb Raider series. You’ll discover new areas by traversing different environments and will even get to use some of your Force powers to access the more hard to get to areas. Along the way, you’ll discover hidden paths and find ways to upgrade Cal’s talents. You’ll also revisit areas you’ve already been to but everything is so well done that nothing ever feels stale or repetitive.

Although this game is considered a Souls-like, it doesn’t feel as brutally hard as other games within the genre. I’d liken Fallen Order’s combat to be more in line with The Surge 2 rather than the overly-punishing system of Sekiro: Shadows Die Twice. You can block and parry but it’s a lot more forgiving than the latter title. There’s even an easy game mode for those who want to breeze through combat and enjoy the game more for its storyline.

One of the things that I really like about Fallen Order is that you don’t start off as some ultimate badass—rather, Cal feels relatively underpowered and he’ll have to use his guile and cunning to overcome his many enemies. 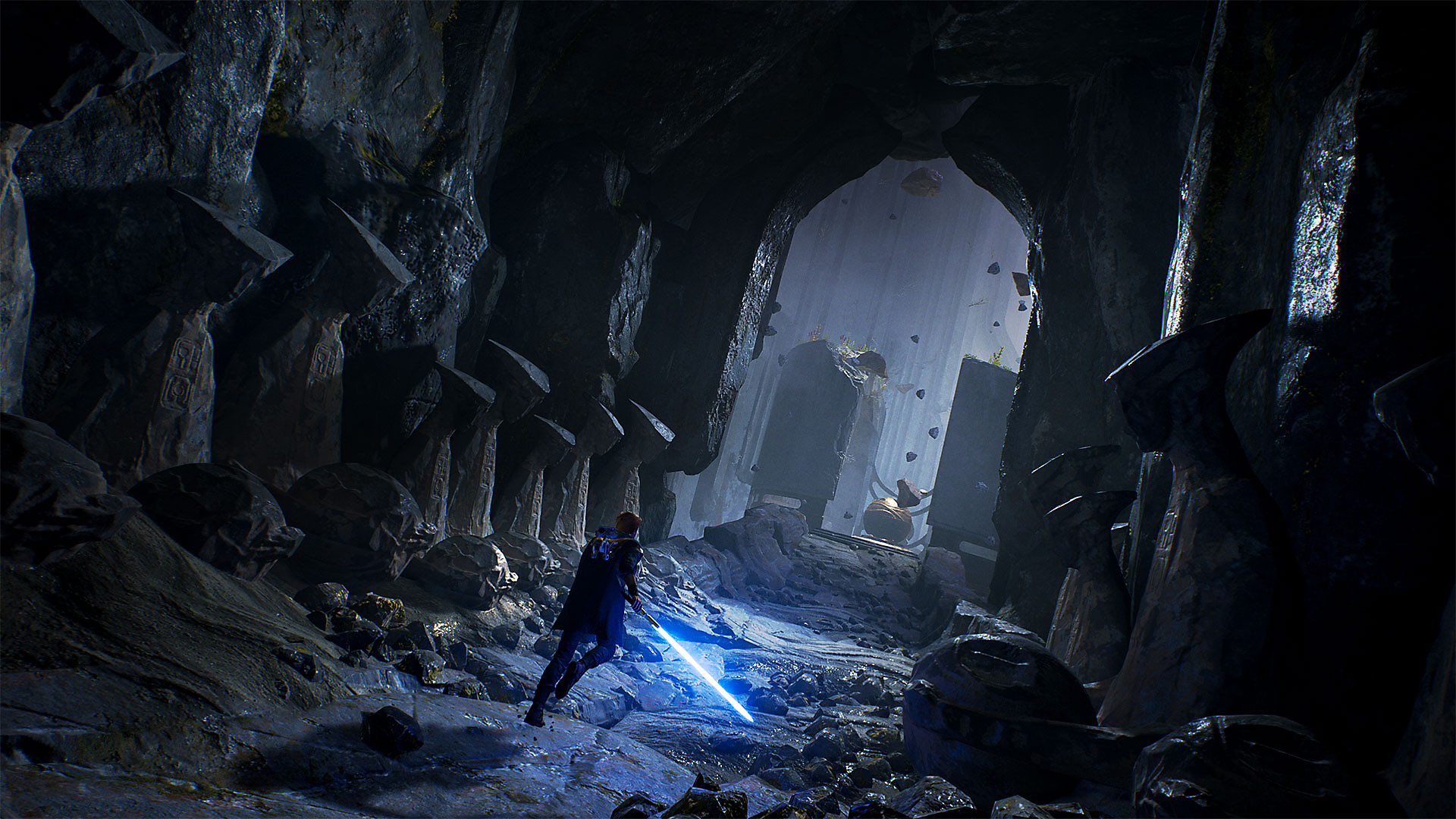 Star Wars Jedi: Fallen Order definitely makes a strong case for being Game of the Year material for 2019. It’s got superb writing, is paced just right, and also have exhilarating combat to indulge in. I, for one, will be looking forward to any DLC that the devs release for this game in the future.

Star Wars Jedi: Fallen Order has some pretty nice looking graphics that make its science fiction-based gameplay truly shine. However, you want to have a pretty beefy gaming PC or gaming laptop in order to play it at a decent framerate. So, you may just want to invest in a decent gaming rig:

Fun times at the centennial @lacountyfair eSports Gaming World! Proud to have sponsored such a great event!
Master your game with legendary performance⚡
We've got a cat on a Cube and a whole lot of purple for this batch of #CyberPowerSetups !
⚡Giveaway!⚡
Welcome Buddha (twitch.tv/buddha) to the CyberPowerPC family!
We could watch the Kinetic Series case in action all day.
Poetry in motion. See our Kinetic Series case in action, and some of the thoughts behind the dynamic design
Introducing the Kinetic Series Case, deeply inspired by Kinetic Architecture, the concept through which buildings are designed to allow parts of the structure to move, not just for design’s sake, but with purpose.
Save the date