Retro-futurism is something that is really tricky to convey—whether through art or the written word. Creating a world, or even a single work, that embraces both the past as well as the future is no easy task to accomplish.

Video games are a form of art combined with narrative, and so can be especially arduous to translate esoteric ideas and concepts in this regard, since you have to cover more ground. These days, you also have to contend with some rather picky gamers as well as those who like to jump onto the latest bandwagons, for good or for worse (while mostly being uninformed). 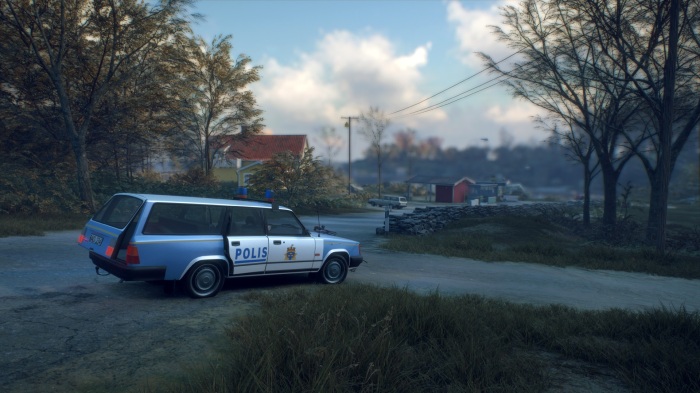 I have to admire Swedish game developer Avalanche Studios in their bid to go all out with their new game, Generation Zero. They not only successfully fused retro-futurism within the gaming realm, they’ve also created an experience that flies in the face of all of the hyper-fast first-person shooters, and battle royale clones that seem to be inundating the video gaming market right now.

One of the reasons that I feel Avalanche has been successful in achieving this lofty goal is by infusing Generation Zero’s visuals with a healthy dose of Simon Stålenhag’s aesthetics. If you don’t know who Mr. Stålenhag is, he’s an artist who grew up in the rural countryside of Sweden. Much of his work reflects a combination of rural landscapes combined with neo-futurism.

Avalanche was clearly inspired by Stålenhag’s works, because Generation Zero captures his general vibe perfectly. The game is set in an alternate 1980s version of Sweden, where the country’s neutrality caused its leaders to build up its military exponentially, mainly because of the German threat during World War 2.

You play as a youth who probably has either a mullet, or some too-tight acid wash jeans (or both), and while out on the seas, is notified that something bad has happened back on land. Something really bad. When you land back on shore, everything is eerily silent, and everyone has vanished without a trace. Well, that’s not necessarily true; there are some puddles of blood here and there.

You begin the game by wandering around the ransacked communities of the Swedish countryside, scavenging for crafting materials, survival equipment, and of course, weapons. You’ll also want to constantly be on the lookout for any sort of clues that were left behind by the mysteriously disappeared townsfolk.

Instead of the brash, noisy, and explosiveness of one of their Just Cause franchise, Generation Zero plays much more in line with Avalanche’s hunting simulator, The Hunter: Call of the Wild. In fact, Generation Zero seems to be a direct result of fans of the latter game who complained to the devs that it was too docile of an experience.

They clamored for the devs to add zombie or mutant hordes in the place of animals in order to make it more “challenging.” In other words, they wanted more pew-pew action and orange fireballs as opposed to the slow-paced, tactical gameplay that Call of the Wild captured so perfectly.

But no, you still won’t find fully loaded AK-47s and sniper rifles lying in the middle of every room, since this is the Swedish countryside. On top of that, the country has always been known for its strict gun laws.

Therefore, you’ll most likely come across pistols, shotguns, and old hunting rifles, in order to reflect the realities of living in or close to heavily wooded, rural areas, and probably wish the gun laws weren’t so strict. You’ll definitely need those meager weapons because you’ll soon discover that you are the quarry this time around.

I first saw them while scouring through a small town for supplies; hound-sized robots which bounded around at lightning speeds. Once they became aware of my presence, they’d either dash for cover and start blasting away at me with their weapons, or simply run straight at me and knock me to the ground. As difficult as these sentry-like robots were (I won’t spoil anything here) when the larger models showed up I became quite unnerved.

Generation Zero’s enemy AI is frighteningly capable. Enemies can and will stalk you, and seem to have keen auditory senses. Sometimes I’d be running from robots and seek shelter within a small cottage, only to have them loiter around outside, peering through its windows. The only way I’d be able to make it out of those situations is if I crouched and remained still for a while, and then slinked out of a back door. In this game, if you run around out in the open, blasting at foes, you’re sure to meet an early grave. 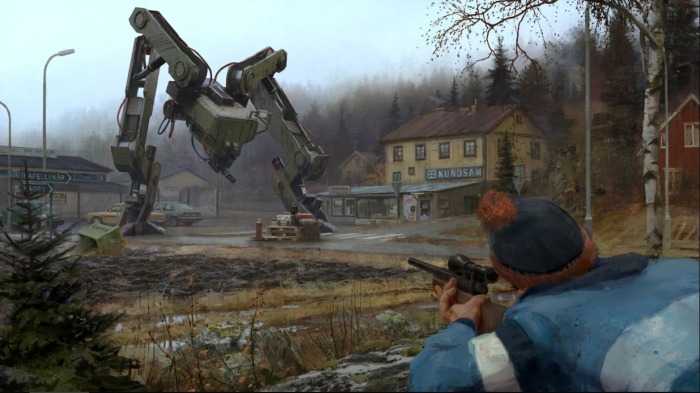 Most of Generation Zero’s negative critiques seem to stem from folks who don’t quite get the game’s vibe. It’s not a shoot-em-up like the Left For Dead series, nor is it a battle royale clone. It’s more of a hybrid open-world shooter/role-playing game, with slow-paced, tactical elements. In other words, it’s more akin to Call of the Wild except the players are the prey.

Overall, I found Generation Zero to be a totally refreshing experience. Its funky retro-futuristic, 80s sensibilities, tactical pacing, unusual and interesting setting, and creepy enemies make it an excellent survival game in my eyes—but then again, I’m one of the few who seems to “get it” so far.

Generation Zero features pretty great graphics that make its open-world shooter gameplay truly shine. However, you want to have a pretty beefy gaming PC or gaming laptop in order to play it at a decent framerate. So, you may just want to invest in a decent gaming rig: