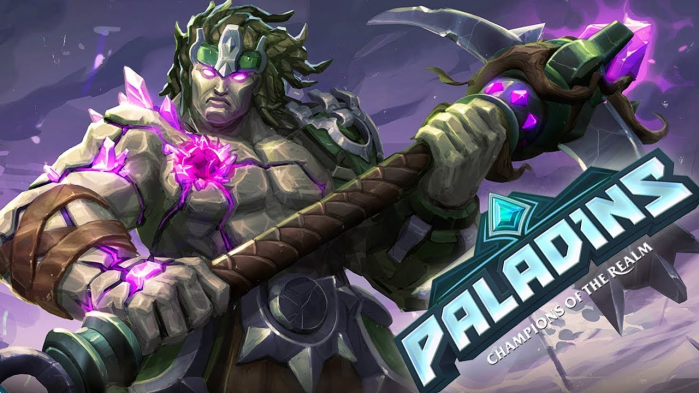 It’s November and Paladins is back to introduce a new champion and add to their roster of characters. This month, Paladins welcomed the frontline champion, Terminus. He’s built with the right skills to excel at maintaining control of objectives while protecting his teammates.

Terminus swings his ax in a large arc every 1.1 seconds. Enemies that are hit by the ax will take 700 damage.

Calamity Blast allows Terminus to fire a projectile that deals 250 damage. This ability also allows you to fire an additional projectile for every Calamity Charge you have stored.

Terminus creates a powerful funnel which can absorb enemy projectiles. For every 1200 damage absorbed you can generate and store a Calamity Charge. One can store up to 4 Calamity Charges.

Upon activation, Terminus leaps into the air and brings down his ax in a vicious smash which deals 500 damage and slowing enemies in front of you by 60% for two seconds.

Reanimation is Terminus’ ultimate skill. This ability allows Terminus to return to life after 2.5 seconds in a large explosion of necromantic energy which deals 4000 damage to affected enemies.

Terminus is a frontline champion who cannot be touched by death. To learn more about his skills and gameplay, you can download Paladins for free on Smite for your gaming PCs and gaming laptops.