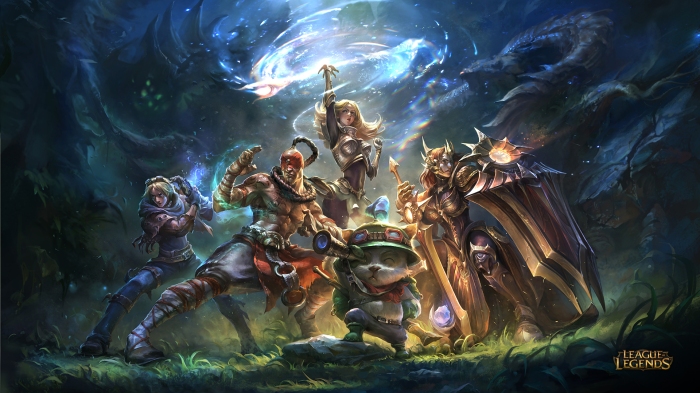 League of Legends isn’t just known for its exciting gameplay and individual champions, it is also known for releasing soundtracks and cinematic films. Yes, this MOBA game isn’t just a typical program in your gaming computer, it has a lot to offer to its players. But of course, my favorite is the cinematic films, and here are five of my favorites:

It has been three years since Twist of Fate was released, but to this very day has remained one of the best cinematic short films Riot Games has ever made. The video features some of our favorite League of Legends champions including Twisted Fate, Fiddlesticks, Garen, Katarina, Tryndamere, and Annie. Riot has teamed up with Blur Studio to create this action-packed trailer, bringing these champions to life to excite players all over the world.

Following Twist of Fate, The New Dawn features new fleshed-out champions. The cinematic film showcase Ahri, Leona, Graves, Rengar, Jax fighting the opponent team consisting of Katarina, Darius, Draven, Zyra, and Nautilus, while trying to defend their nexus. It gives you this life-like battle sequences that let you take a glimpse of the bloody battles that transpires within the fields of the Summoner’s Rift.

The Harrowing: Tales of the Black Mist

Although featuring no champion aside from the puppet-version of Hecarim, The Harrowing is no doubt one of the most enticing cinematic films from Riot Games. The cinematic film features a ghastly puppet show that tells the story familiar to the Bilgewater, the grim tales of the Black Mist. The storytelling itself brings on an overwhelming feeling that is just perfect for the Harrowing season. But the best part is how the film ends with the Black Mist taking over the Bilgewater.

Project: Overdrive (Am I Not Human?)

Project: Overdrive was spawn after the Project skin for Yasuo was released, giving way to the creations of other Project skins. Am I Not Human is a cinematic film dedicated to the release of Project Yi alongside with Project Fiora, Project Lucian, and Project Zed. The film starts with Yi, trying to remember his memories after being transformed into a cyborg. He was then helped by Fiora to escape the lab and from Zed. Thankfully, with the support of Fiora and Lucian, Yi was able to defeat Zed and reconstruct his memory.

The Light Within is the latest cinematic film to be released by Riot Games. It features the newest champion to have an ultimate skin, Elementalist Lux. The video tells the story of a kingdom that hangs on the edge of ruin after an army of elemental beasts wages a war against them. The last line of defense is held by a lone Elementalist queen, who to save her people must look within herself and unleash her real power.

How about you? What’s your favorite cinematic film from League of Legends?

62 thoughts on “The Best League of Legends Cinematic Video”